At the end of July 2017, the Belgian sculptor Olivier Strebelle died at the age of 90. Strebelle was known worldwide for his rounded constructions.

Strebelle had already made a name for himself at the Brussels Expo in 1958 wit his work “Le Cheval Bayard”, but to the general public he is known above all for his more recent work “Flight in mind”.

Until last year you could admire the sculpture in the departure lounge of Brussels National Airport. During the attacks on the airport of 22 March 2016 the work was substantially damaged. Art Casting restored it in collaboration with the artist, and relocated it at the start of the airport access road. 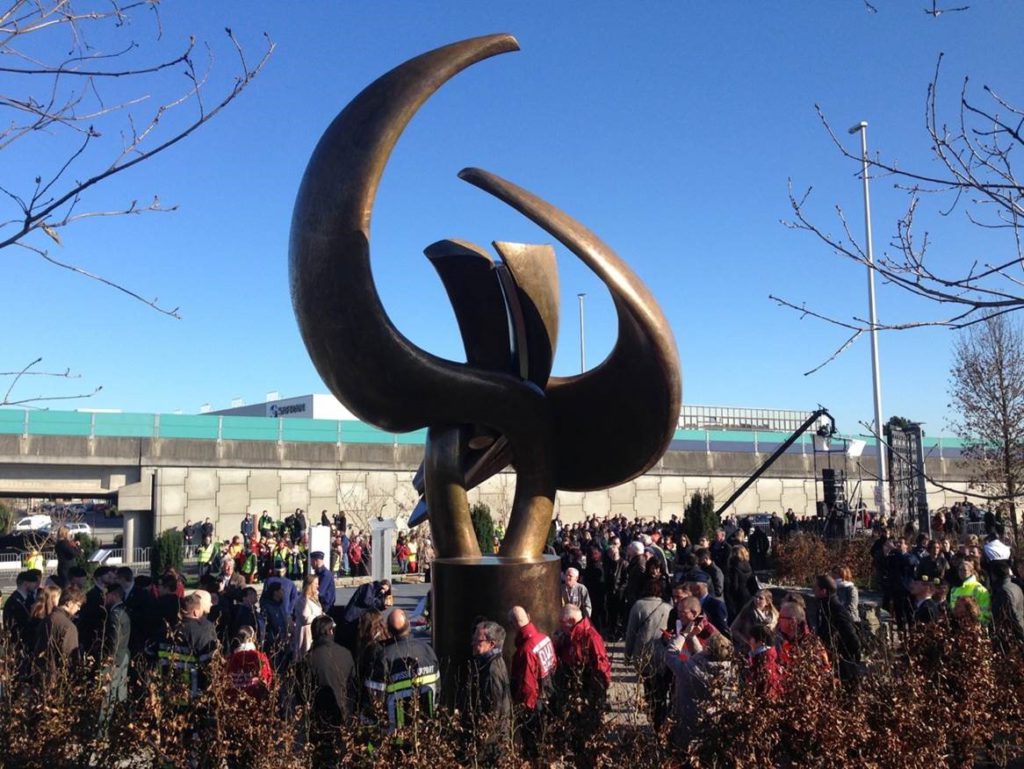