Johan Creten was born in 1963 in Sint-Truiden, Belgium. The sculpture De Vleermuis [The Bat] was created in the context of his participation in the project for the European capital of culture 2018 in Leeuwarden-Friesland, the Netherlands. On this occasion, 11 artists were invited to create 11 fountains for 11 Dutch cities. The new bronze cast presented on the parvis of the Petit Palais accentuates the purely sculptural aspect of the work and reinforces its monumentality. Johan Creten explains: “As I was thinking about the form of the work, I had a revelation: why not make it possible to dominate it symbolically? So I placed a staircase behind it to invite visitors to climb it, as though they were transcending themselves”.
While retaining its redemptive role, it enables viewers to gain altitude and question their relationship to the world, symbols, and superstitions. De Vleermuis can be considered as a modern day monument. 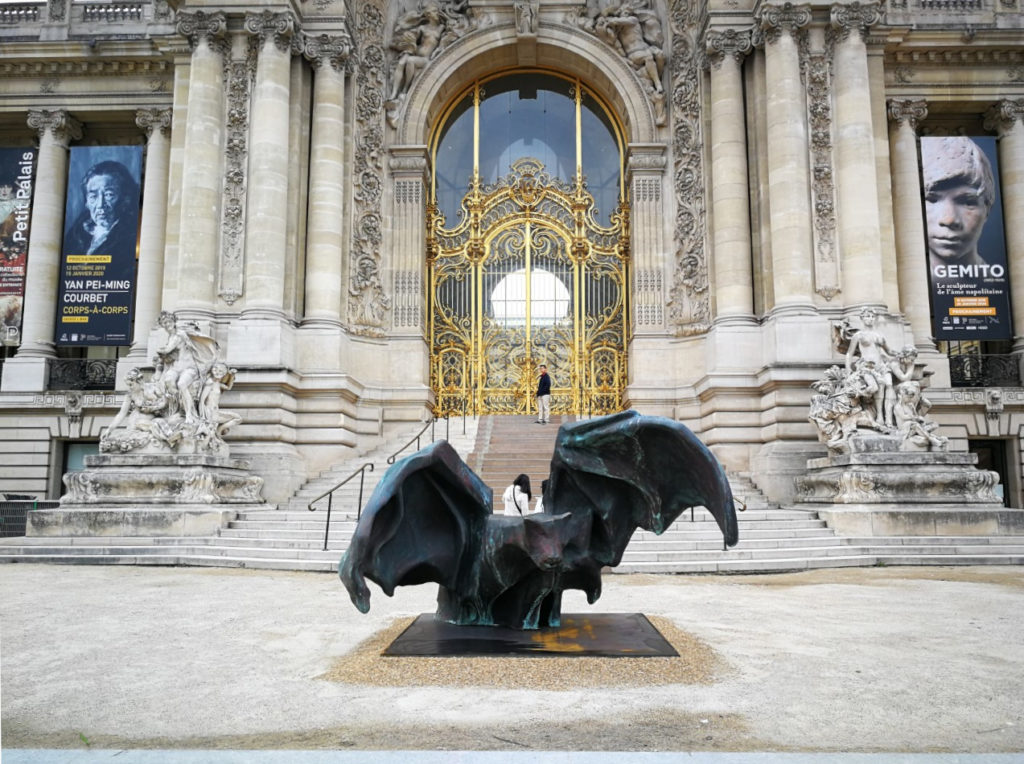